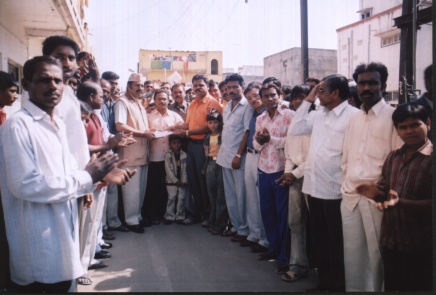 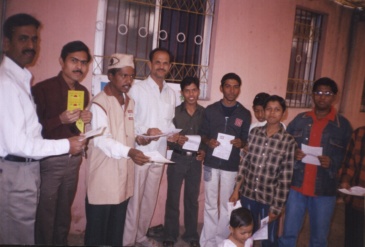 Mahavir Jayanti:-
11th April, 2006
Banners regarding eye donation were attached on the back of a camel during the Mahavir Jayanti procession. We motivated around 20,000 people by distributing 5000 pamphlets. 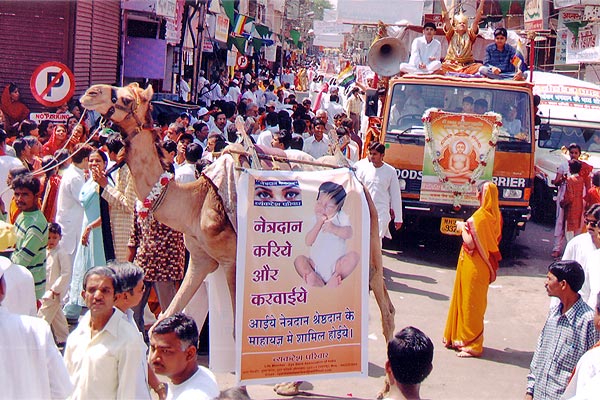 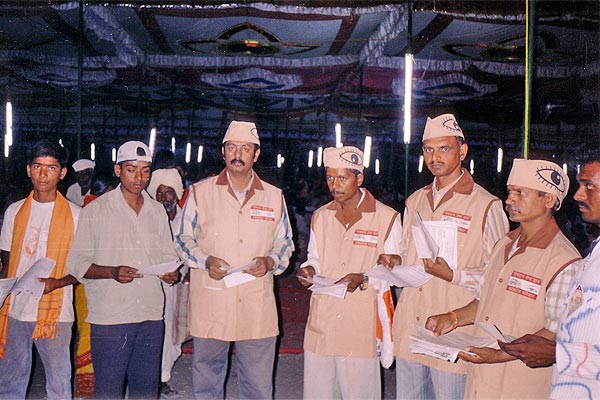 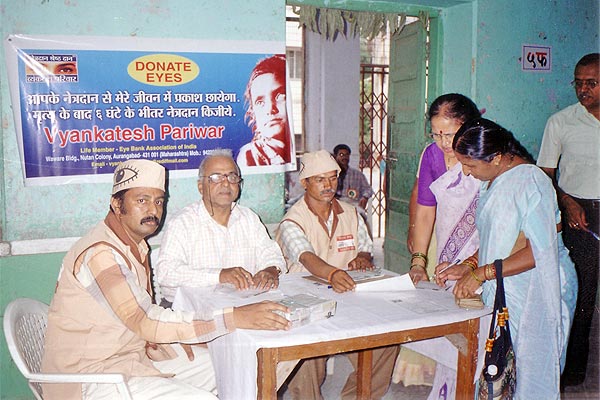 Eye Donation Campaign in Tuljapur:-
21st May, 2006
At Tuljabhawani temple’s habitat in Tuljapur, we motivated ’round 10,000 people by distributing 5000 pamphlets. 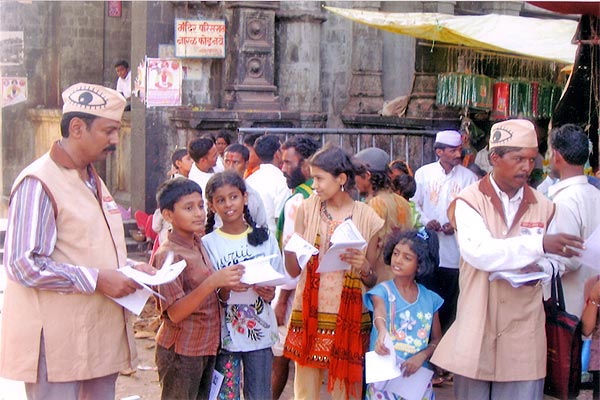 Distribution of liflets showing Importance about eye donation at Tuljapur

Eye Donation Campaign in Pandharpur:-
22nd May, 2006
At Vitthal mandir in Pandharpur, we motivated around 15,000 people by distributing 5500 pamphlets. 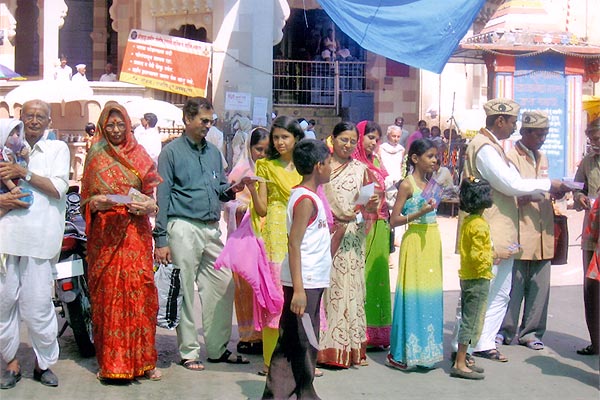 Netradan Rath Yatra (Eye Donation Awareness Tour) on Maheshnavami:-
5th June, 2006
On the eve of Maheshnavami, we joined this procession of the Maheshwari Samaj with our Netradan Rath. It was decorated with the posters related to Eye donation. We motivated 8000 people by distributing 2500 pamphlets in the whole town (Aurangabad).

Celebration Of  “World Eye Donation Day” (10th June):-
10th June, 2006
A full day eye donation camp at Nutan colony:  The opening ceremony was held by Hon. Mr. Kamlakar Phad (The Deputy Commissioner of Corp.), Mr. Khushalchand Baheti (A Police Inspector), Dr. S.R. Baheti (Sr. Physician). Mr. Phad expressed his enthusiasm by appreciating Ad. Kishor Soni that he is doing an innovative & inculcative work. Mr. Phad also told, ” Mr. Kishor, you shouldn’t stop & keep on doing your work of creating awareness regarding eye donation among the people. Here 126 eye donors pledged to donate their eyes. We motivated around 20,000 people by distributing 5000 pamphlets in the whole day. During this session, Ad. Kishor Soni appealed the people ’bout Eye donation to let it be a family tradition. He also explained the people the importance of it. 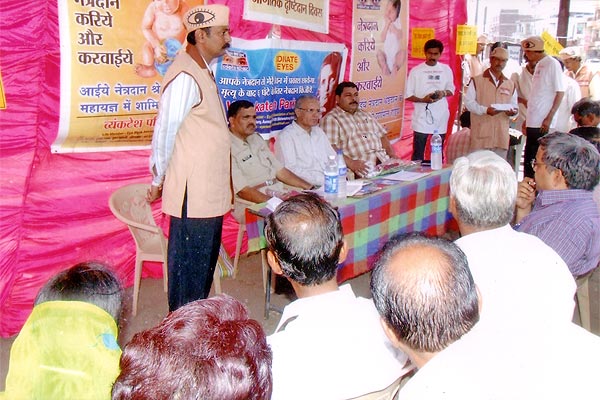 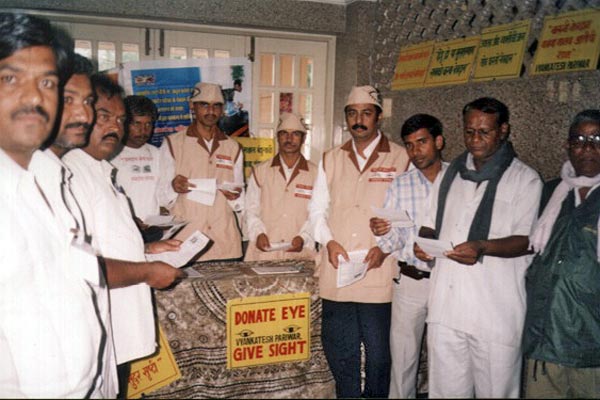 ad.kishor soni and his team at eye donation registration stall 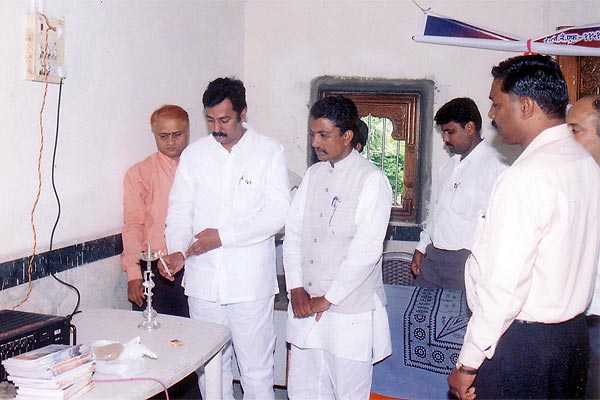 Press conference by Vyankatesh Pariwar:- “Eye Donation – A Mission For Vision”
10th September 2006
In this conference, Ad. Kishor Soni gave information about the celebration of the Eye Donation Fortnight. Every year, the Govt. of India celebrates this fortnight from 25th Aug. – 8th Sep. Vyankatesh Pariwar celebrated it by completing 15 projects at 15 dif. places. It covered Phulambri – A small place to Mumbai – such a big place. We have created a lot of awareness in the campus of Mumbai’s prestigious Lal Baug Raja.    (more details with pics in the sub-tittle Fortnight).

Campaign at Pune in Dagduseth Halwai Ganpati Mandir and Sarsbagh Ganpati Temple:-
13th September 2006
We tried to motivate 50,000 people by distributing 15,000 pamphlets in both of these places. 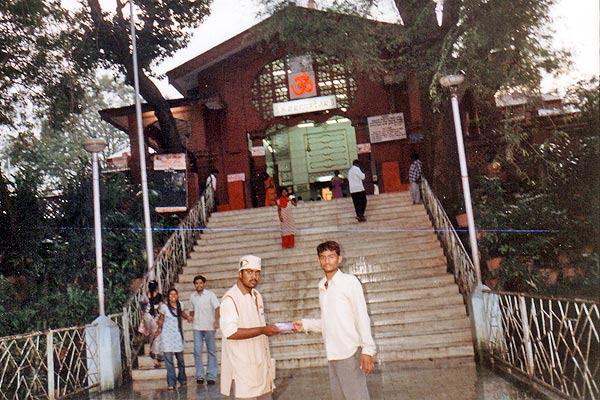 Meeting of Mantrimandal at Aurangabad:-
18th September, 2006
Among the many Morchas passing by, we tried to motivate 75,000 people by distributing 25,000 pamphlets. We created a huge awareness on this day. 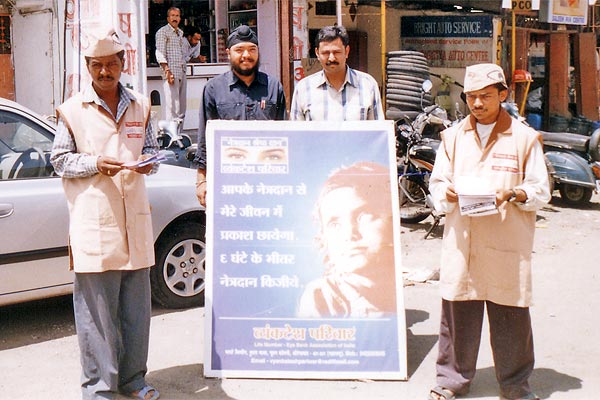 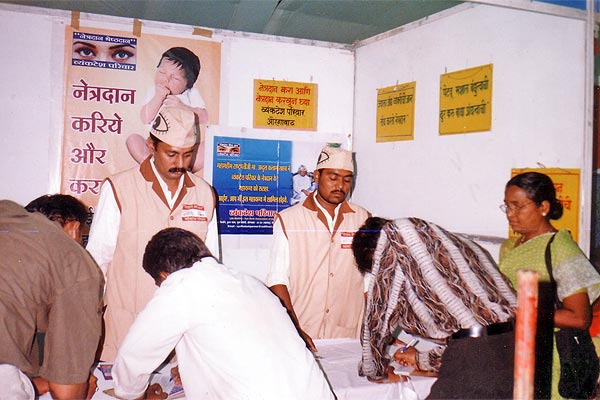 “World Blind Day” Celebration (15th Oct.):-
15th October, 2006
It was a joint project taken by the “Bhartiya Jain Mahila Org.” & Vyankatesh Pariwar at Tera Panth Bhawan. There too, many forms were filled. 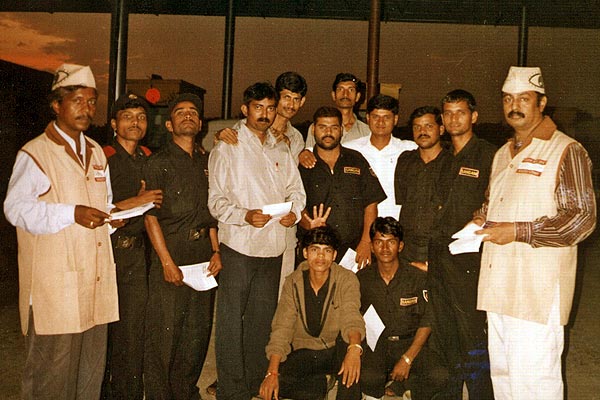 Ganpati Temple, Ranjangaon, Dist. – Pune:-
30th Dec, 2006
The Ganpati of Ranjangaon is included in the Ashtvinayaks – The 8 Ganeshas. In the habitat of this temple, we spent the whole day in creating awareness regarding Eye Donation by distributing leaflets. We also tried to motivate 15,000 people by distributing 5000 leaflets.